“I’ll DM you,” I told the owner of the private charter we had just sailed around in on Sydney Harbour.

He wanted to get my opinion of a tour we were doing the following day. We had spoken about twitter earlier on and were now following each other.

He was still learning how to use it.

He smiled broadly at my fits of giggles, bewilderment written all over his face.

Shawn is definitely a character and person worth knowing. The is the joy of taking small private cruises of Sydney Harbour, or any tour really, you get to know the stories behind the people who work there and your companions as well. 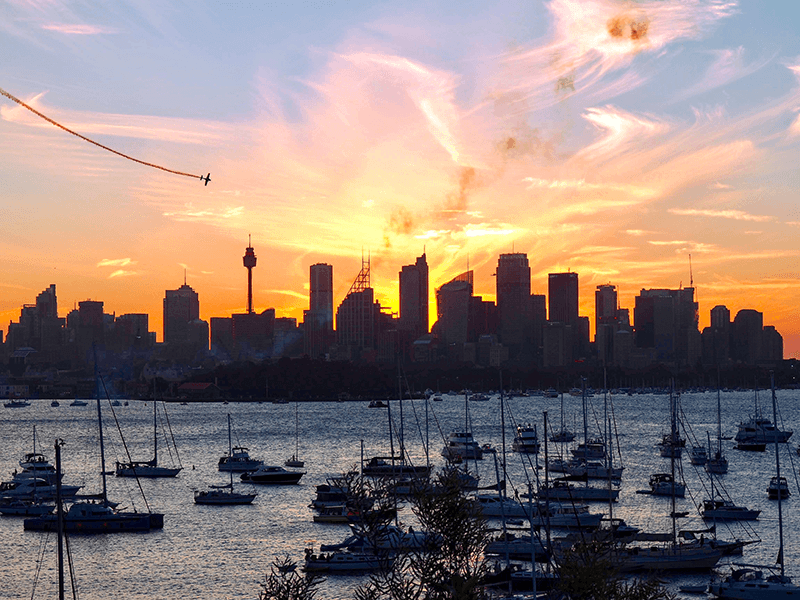 The big tours that herd you around in massive boats lose that personal touch.

Our sunset cruise with Sydney Sea Cruises was warm, friendly and full of laughter and conversation.

Shawn, a Yankie from upstate New York originally came to Australia for love. That love soon turned to a love for the opal industry and he began selling opals to all the tourists coming to Oz.

Although his first marriage fell apart, he remained in Australia and soon discovered a new business opportunity with his now wife,  Pip.

He saw the number of charted vessels that were sailing the harbour and realized that there was an opportunity to make it an affordable experience for all sorts of travellers.

Tours run daily regardless of how many people are sailing and each sail has a maximum of 12 people, helping your to feel like you are more on a sailing day out with friends rather than a sight seeing tour. Private charters are also available.

We learned Shawn’s story sitting on the back deck of our small yacht as we sailed in and out of the Harbour’s bays and past the Super Yachts of Rose Bay, some of which race each year in the prestigious Sydney to Hobart yacht race.

Scotty, our host on-board, spoke to us of his experience being on the starter boat for the race. He was like a little kid in a candy store just telling us about it. An enthusiastic mariner, he nearly broke out of his skin when we passed the Australia Maritime Museum in Darling Harbour. 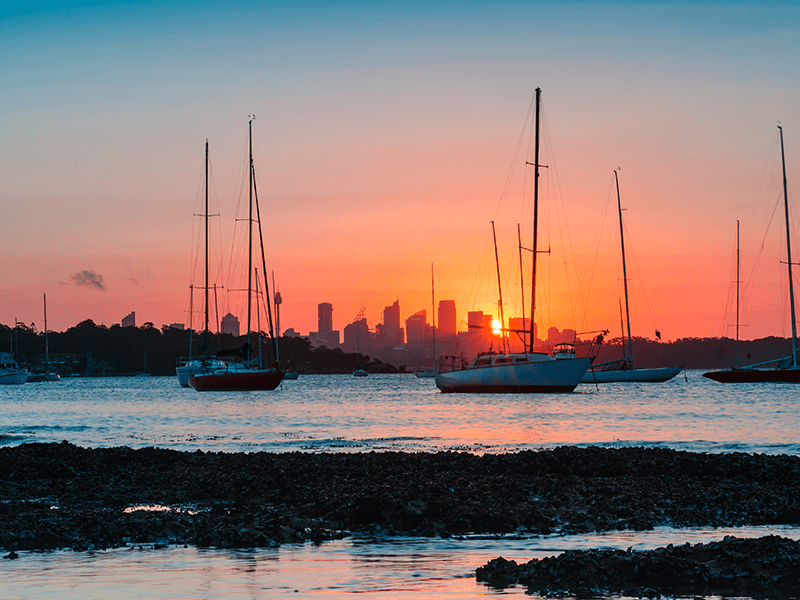 He confessed that he’d often go there in his spare time. Just a few boats up sat the floating resturant,  South Steyne, an old steamer where he has taken his lovely lady before for a romantic meal.

Later this year he heads to school to fulfil his dream of being a cruise boat captain.

We docked in at the bay just out the front of Taronga Zoo for dinner where it was calm unlike the opposite side which was blustery and choppy.

Oysters, smoked salmon, King Prawns, crab, cheese and fruit were laid out for us to enjoy with a glass of wine. Is there a better way to experience the harbour at dusk?

We sailed back to Circular Quay sitting on the bow watching the sun set behind the Harbour Bridge.

Front row views. No bodies to push out of the way for a glimpse through strands of stranger’s hair.

Just the six of us gazing in silent wonder.

What would be the perfect sunset Sydney Harbour cruise for you?

Disclaimer: I sailed as a guest of Destination NSW and Sydney Sea Cruises