“It opened to the public in 2007. Ah! Now that is why I have never heard of this place. I was wondering how on earth it managed to escape my travel radar.”

I shoved another mouthful of mud cake chocolate heaven in my mouth and drank in the Sydney Harbour Bridge views before me as I sat with Craig and Kalyra and Vanessa, Craig’s sister and her family.

We decided to spend the day together in Sydney. Vanessa had suggested a short ferry ride from Circular Quay to Cockatoo Island on the Sydney Harbour for morning tea and a little exploration.

What a suggestion it turned out to be! 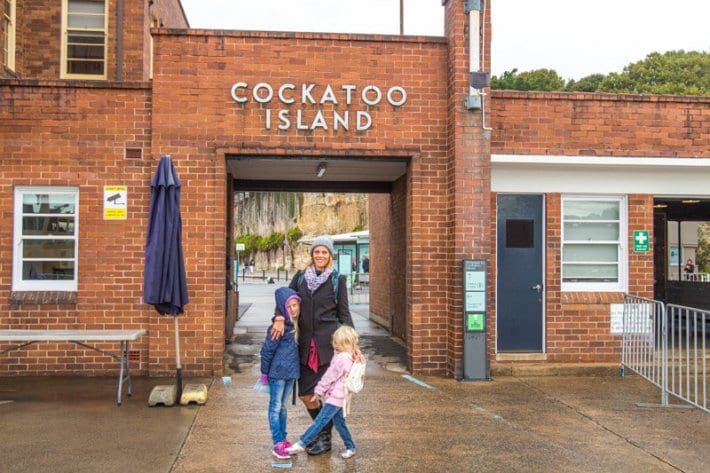 What was once an island covered with red gums and frequented by the sulphur-crested cockatoos which gave the island its name, is now a World Heritage Site that is home to historic buildings, an old navy shipbuilding yard and industrial precinct and incredible views admired by the odd visiting seagull

And tourists of course! There is no better way to sit for coffee and cake then at the island’s cafe with the Sydney Harbour Bridge looming in the background. 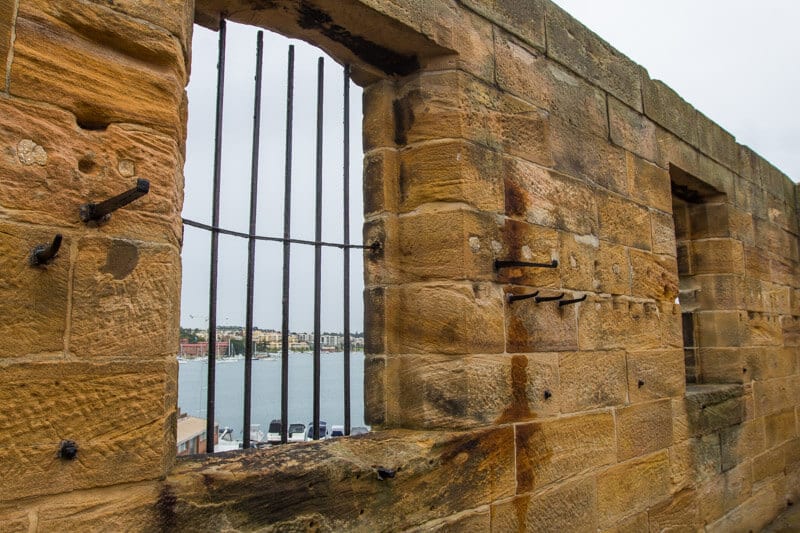 There are two parts to the island, each taking about 45 minutes to explore.

The Plateau or upper island is where you will find most of the old sandstone buildings that housed about 500 convicts. 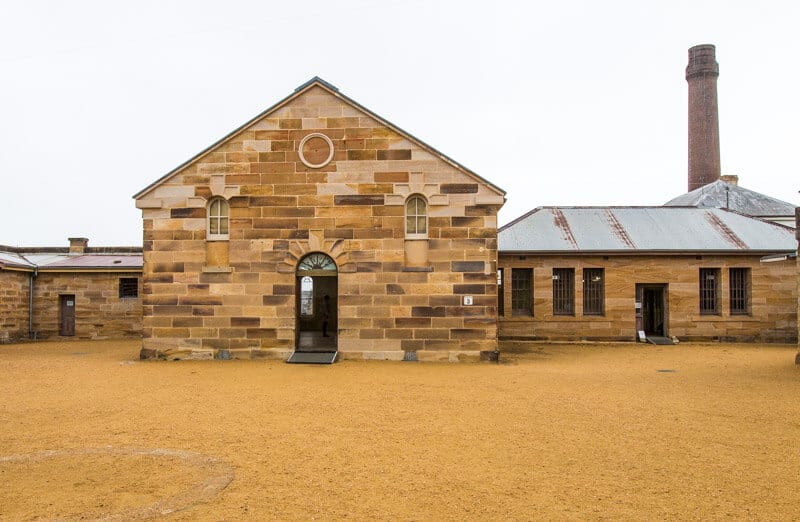 After the prison failed it was used as an industrial school for girls and a reformatory. This was not a success, which was mostly due to the training ship anchored off shore that housed 500 neglected youths used to roaming the streets of Sydney.

Let’s say their inclination to roam now involved the ladies of the island. The lower island is where most of the industrial and ship building activity took place. Highlights include immense workshops in the industrial precinct, the two dry docks and a soundscape in the dogleg tunnel. 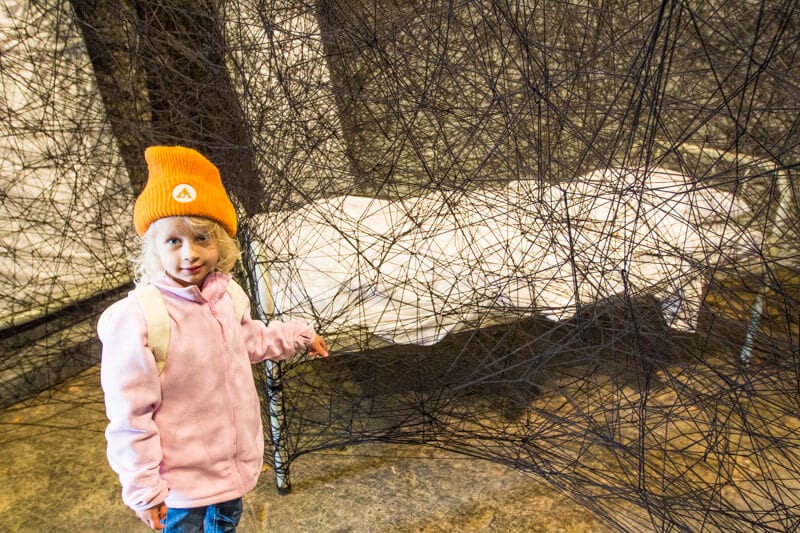 We really enjoyed touring Cockatoo Island. Kalyra had a ball running in and out of the ruins  of the guard house with her cousin, and dancing in the old mess hall. 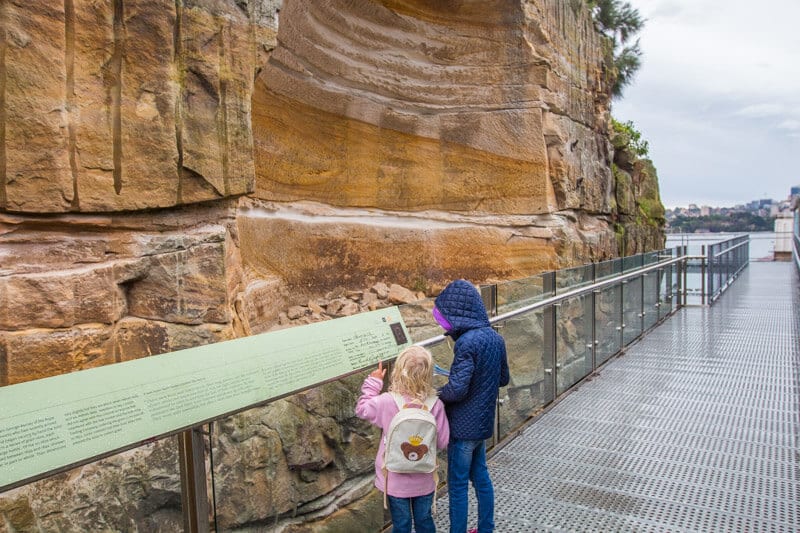 The most exciting part to the island is the campground right on the edge of the harbour. There would be no better place in Sydney to wake up in the morning with magnificent views of one of the world’s most beautiful harbours, and at budget prices. 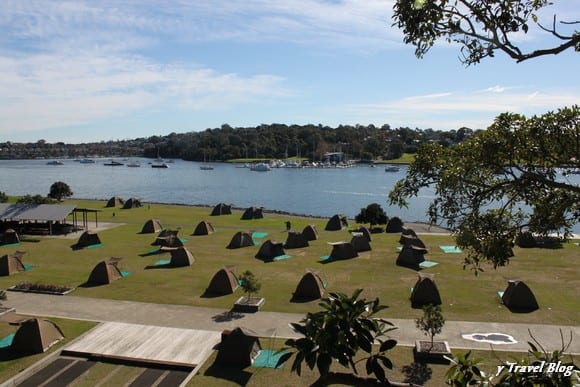 There is a barbeque area provided, and clean shower amenities and a large grassy area perfect for picnics and enjoying the views as you have breakfast or dinner under the stars. 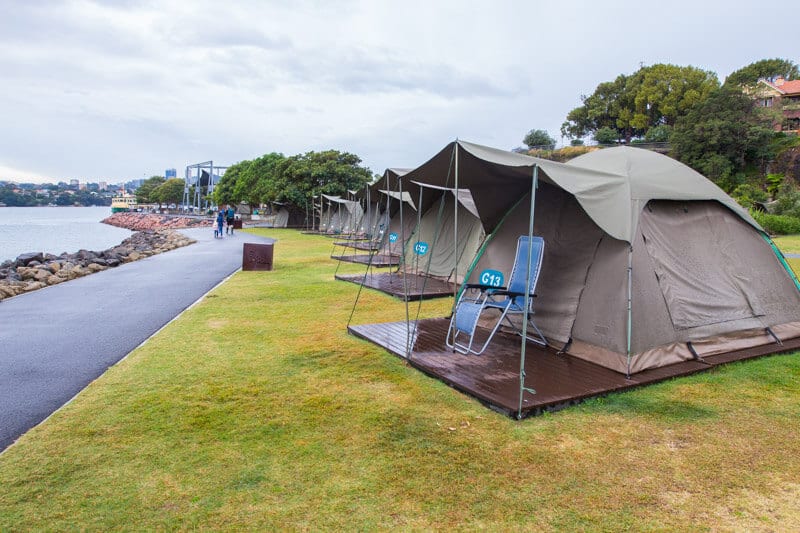 Cockatoo Island would be one of the best attractions in Sydney. It is the perfect way to spend the day.

You can take a short ferry ride from Circular Quay and take in the amazing Sydney skyline along the way.

Take a picnic lunch, or you can buy your lunch at the Cockatoo Island Cafe. If not lunch, then, at least a cup of coffee to admire the pretty view with. Spend the day leisurely walking around the island, or even hiring the tennis court on the edge of the cliff.

And then end the day with a barbecue dinner, a tent, and the peace and solitude that comes with camping under the stars on Sydney Harbour whilst the majestic Harbour Bridge watches over you.

Here are some excellent private walking tours of Sydney with Boutique Traveler that include professionally edited photos of you enjoying Sydney’s iconic sights. #pricelessmemories

You can book your accommodation on Cockatoo Island here. They have other options aside from camping as well!

Have you been to Cockatoo Island? Would you like to camp here?