One week down already on our big road trip around Australia.

Our first day on the road last week was a long time coming, and filled with much anticipation and excitement.

I haven’t had that feeling in my gut that something big and amazing is happening for a long time. And it still feels surreal that we are on the road indefinitely.

If the first seven days on the road are a taste of what’s to come, this trip is going to be more amazing than expected. We haven’t traveled far yet, but already we’ve accumulated some awesome experiences.

Starting off heading south from Sydney and exploring the south coast of NSW has been a great move. We haven’t explored south coast NSW before, and it has blown us away. The beaches are stunning, Kangaroo Valley was incredible, the whole region seems less developed and there are a lot less people than traveling the north coast.

I’m even tempted to say the scenery is better down here than on the north coast road trip from Sydney to Brisbane. With three more weeks still left in this region, I will get a better opinion.

Maybe we’re just sick of the north coast drive having done it so many times? Or maybe we’re just more excited because it’s the start of our big adventure?

But one thing I do know, the south coast is under appreciated and not nearly marketed enough.

We’ve held back from publishing posts over the first seven days, choosing instead to find our groove, see what works managing Kalyra’s distance education needs, been finishing our eBook and having some much-needed downtime (some of it forced due to lack of internet).

But we already have many great experiences and awesome photos we’re excited to share with you.

As we publish our posts over the coming week, we may even inspire you to change your plans from a Sydney to Brisbane road trip to a Sydney to Melbourne road trip instead via the coastal road.

So this post is just a quick update on our travels and a teaser of what’s to come on the blog.

If you follow us on Facebook and Instagram you would know we have been using those platforms heavily (as long as we have phone service) and will continue to share live updates via those channels.

But we will have more detailed posts on the below seven highlights coming soon. Stay tuned!

We have been completely blown away by the beaches on the south coast, especially around the Jervis Bay region. Beaches such as Hyams, Green Patch, Greenfields, Murrays and Chinamans are amazing. As good as we’ve seen on the east coast of Oz. The bar has been set high. Who can match it? 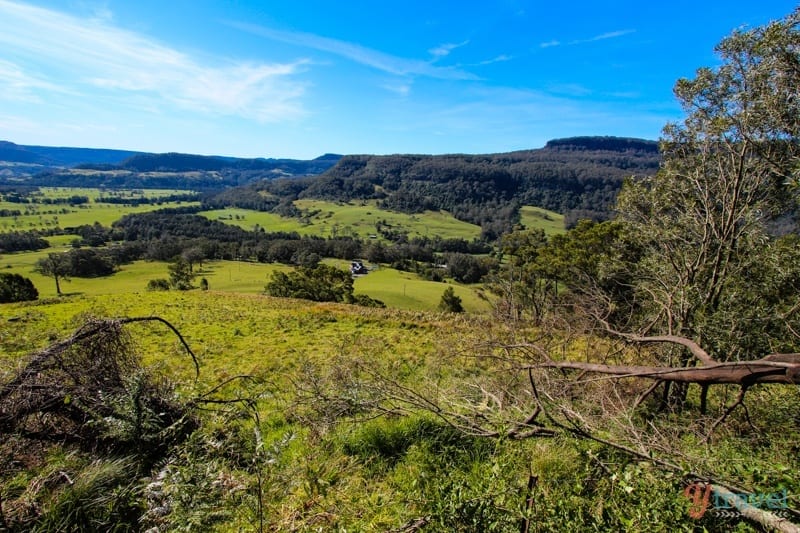 Kangaroo Valley was a great destination and the pick of the southern highlands. Peaceful, fresh country air and stunning scenery. A great place for walks, bike rides and relaxation. We also met some wombats and got attacked by swooping magpies and enjoyed a few beverages in our cottage. Would be a great place to get cozy in the winter.

The bikes are on the back of the Nissan X-Trail, they’re coming with us the whole way around Oz, and they’re getting plenty of use so far. Whether it be along the foreshore, in the valley or simply around town or the caravan parks we love biking as a family.

We’ve missed camping. It’s been WAY too long since we’ve slept out in nature. The other night we camped at Green Patch which was Savannah’s first time ever camping, and it was awesome. We had kangaroos hopping around and possums come to visit at dinner time. And waking up right near the beach is priceless.

We love nature walks, especially coastal walks. The coastal walk we did from Pretty Beach to Merry Beach was spectacular. If we’re not looking for bike rides you can find us walking somewhere. Really looking forward to exploring some of the best walks in Australia in the coming months. 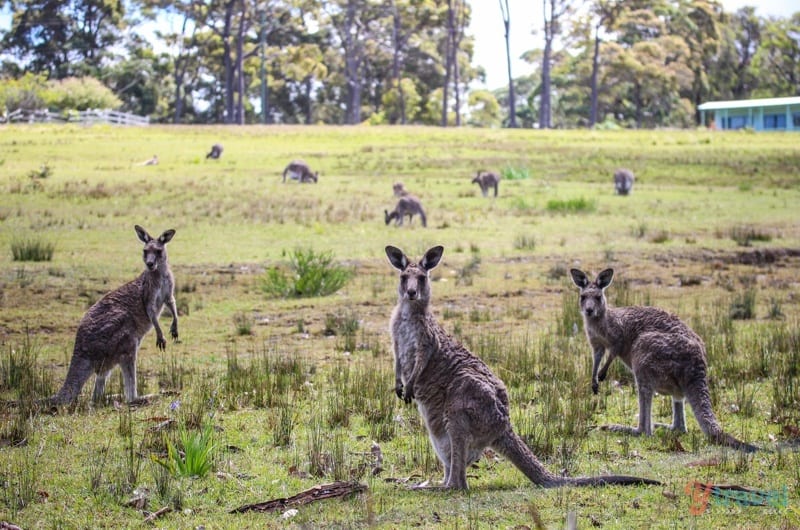 I have never seen so many wild kangaroos than on the south coast. It’s like seeing zebra on safari in Africa. They are everywhere. Three great places have been at Green Patch, Pebbly Beach and Pretty Beach. Savannah is now saying “hello roo” and mimicking them by hopping around. So cute. 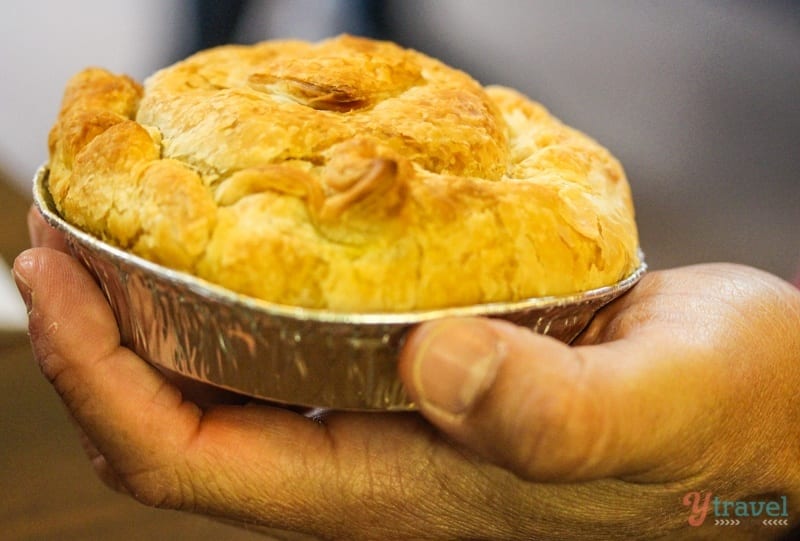 I’m back on the pies. After many years of being vegetarian (well almost) I’ve started eating meat periodically again. And with your help I’m taking up the challenge of finding the best pies in Australia. Two great places I’ve indulged in the great Aussie pie so far have been at Husky Bakery in Huskisson and the Barrengarry store in Kangaroo Valley. Any suggestions?

Any tips for south coast NSW?

Which highlight are you most interested in learning more about?