“You go. It’s better that you take the available seat because you don’t know how the system works and I’ll have to work it tomorrow to make sure Kalyra and I get on the flight. We’ll be fine.

We should get a flight tomorrow and we’ll just meet you in Sydney.” 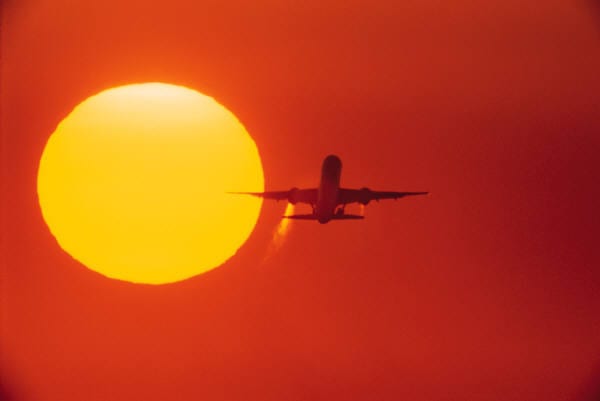 Craig, Kalyra and I were on our way home from the USA. We were on standby (free flights) at LAX thanks to Craig’s employment with Delta.

Being the busy months of July meant that it was difficult for us to get a flight home from Los Angeles to Sydney. This was our second day of trying. We only had a few days left before our visas expired and we would become illegal.

A space opened up on the flight – business class. We only had minutes to decide what to do before they closed the doors. We couldn’t take the risk so one of us had to go.

Reluctantly, I ambled down to the plane, my heart so heavy with sadness.

Firstly, because it should have been Craig getting business class seats as he had worked hard for Delta for 18 months, it was his reward to take.

Secondly, because I was leaving my two loves behind.

But mostly heavy because it threw my secret travel fear up in my face to deal with alone.

Relevant reading: My flight ritual to help me overcome my fear of flying

I am scared of flying.

I’ve been on hundreds of flights and still every time I fear. Days before I even board the plane, that sick feeling begins to settle in my stomach.

Fear that abates some once the plane settles at its flying altitude, but doesn’t completely leave until we are back at the gates.

The fear intensifies when I fly alone, and the fear is almost unbearable now that I am a mother.

I can only ever think of the unimaginable, that something will happen and my daughter will be on her own. And then when she is with me on the plane, I think the unimaginable and her fear.

In fact, she helps to keep me brave.

“Hold my hand, Mummy. I don’t like it when the plane goes up or down.”

“Neither do I honey. But we will be fine. Let’s help each other be brave.”

I have to keep my shaking under wraps for her, and I talk and laugh with her to distract ourselves from the unreasonable fear that eats away at us.

“If only you knew the safety checks that pilots and crew go through before each flight, you will never be scared of flying” an air hostess friend once told me.

“A plane can’t fall out of the sky from turbulence”

I’ve heard endless facts about the reality of flying and how safe it is but the doom never leaves me.

I started to get myself settled into business class, but could not get excited at all. We were getting ready to shut the doors and start our preparations for departure. The air hostesses were scampering around offering the privileged fliers drinks for take off.

I could not muster up any enthusiasm.

As I sat trying to calm my nerves, there was a flurry of activity coming from the door in front of me. I looked up and bursting through the door was my little angel followed by a beaming Craig.

I squealed with delight and wrapped my arms around her, kissing her all over.

“I’m so happy to see you. What happened?”

“Oh god, two seats opened up at the last minute in economy. We made it.”

Now if that secret travel fear of mine was to happen at least we would all be together.

A couple of days ago, I began to feel that sickness in the pit of my stomach again. That well-known uneasiness that comes with any flight. Except this time I’m not flying. Neither is Kalyra and neither is Savannah.

But Craig is, and I begin to worry and fear about all those things that can wrong.

Why do I always fear that being separated means eternal doom?

Do you have an unreasonable fear of flying or any other secret travel fear?