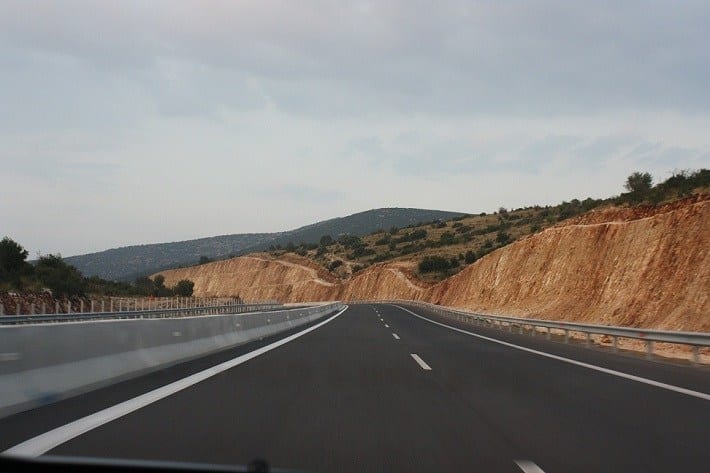 Yes, I’ll admit it. Sometimes the idea of traveling scares me. It’s not the whole danger aspect that your parents would have you believe. Although that scares me a bit too, I can get over that.

I know that the possibility of danger is an everywhere-possibility, not unique to travel.

I also know that, while we are going to try to go as off the beaten path as we can, the fact of the matter is that most of our destinations are pretty well traveled. In fact, sometimes I think everyone and their mother has backpacked through South-East Asia, but that’s another post entirely.

My fear is a fear of failure.

We’ve invested a lot of time into this travel; planning the trip, designing the website, connecting with other travel bloggers. I know we’re going to have an awesome time, but I can have an awesome time visiting friends for a weekend, and it requires a hell of a lot less preparation.

I’m looking to have a life-changing experience.

But what if it isn’t, like everyone says it will be? And trust me, everyone DOES say it will be.

“Wow, two years of continuous travel, that’s going to be a life-changing experience!”

Am I over thinking this? I mean, what if it isn’t?

What if we go to these places, have a good time, see some things, and come back (relatively) unchanged short of a few great stories to tell? Is that even possible – does that happen to people?

As silly as it sounds, there is a lot of pressure to have my life changed, people are going to be expecting insights that maybe we won’t have. It’s no guarantee, you know.

What if we miss the boat entirely? Ever been in one of those painful conversations where someone thinks your an expert on a subject and wants to talk on and on about it and it turns out they’re the real expert and your just a big phony?

This is an added pressure that I wasn’t aware we’d be taking on until word got out, and I have no reassurance that we’re up to the challenge.

And that’s not all.

Yes, there are other, more tangible fears as well, particularly around the blog. Vicky and I are trying to run a successful travel blog. Now, I’m ready and willing to admit that there are varying degrees of success. You can define it pretty loosely, if you want.

Frankly, I haven’t really defined what mine is. Is it money? Is it fame? Is it the satisfaction of a job well done, or all of the above? Whatever it is, there’s both a degree of hard work and a degree of uncertainty that is going to factor into it, no matter how loosely you define it.

If Vicky and I don’t meet the standards we set it will be a huge blow to our confidence. At least, it will certainly be a huge blow to my confidence, because unlike that failed exam that you can brush off and say, well I didn’t study that hard (as all recipients of failed exams say) that is not an option here.

I’m well aware of the work that I’ve put in and have a pretty good idea of the work that it will take going forward. If we don’t “succeed” it will simply be because we weren’t cut out for it, and that’s a harsh reality, because it’s been a long time since I went out of my comfort zone like this, and it’s been a long time since I “wasn’t cut out for something”.

Oh, and did I mention the most obvious, overarching concern?

What the heck are we going to do when we get back? What’s the reentry plan here?

I think Vicky and I know that we aren’t going to travel forever – few can. Our plan is a 2 year plan.

If things went REALLY well, is it possible that we could extend it, maybe taking on South America and Africa in addition to Europe and Asia? Absolutely! Part of what keeps me going is the idea that it IS a possibility.

But there are limits.

At some point, and I don’t know what that is but I could venture a guess that it’s got an upper limit of 5 years maximum, we’re going to want to settle down into a more stable (eek!) life. Which raises the question…

Where do we go from here?

Last but not least, let’s not forget that this all rests on the back of a somewhat flimsy assumption that:

I mean, how can you really know? Can you extrapolate a 2 week trip in Greece to 2 YEARS on the road? I think not – but I have no hair left to pull.

So, wherein lies the “it’s OK” part that I eluded to in the title?

Like I said, it’s been a long time since we really took a risk. In fact, the last time I took a risk was almost a year ago when I tried stand up comedy. Hold that “cool!” that you may or may not have been thinking – I only did it twice, but it was a risk that I didn’t have to take and I do feel that I put myself out there. However, compared to this, that was nothing.

But I wouldn’t have it any other way.

Life is meant to be lived, to take risks. We’re young and the time is now. Insert your cliche here!

I’d rather have something worth being afraid of than just going through the motions.

Bio: Having spent 2 years in the working world, Dave and Vicky are ready to exchange their briefcases for backpacks, dress shoes for sandals, and beds for sleeping bags. Starting in September they will be embarking on a 2 year journey across Asia and Europe. You can follow along at A Couple Travelers where you’ll find travel reflections, blogging resources and restaurant reviews.

What fears did you encounter when it came time for you to travel the world? Or are those fears stopping you?