Who love’s a good festival?

Australia has plenty of festivals and events and most are free. It was a struggle to choose which ones to put on the list.

Here’s 20 Australian festivals and events not to miss… 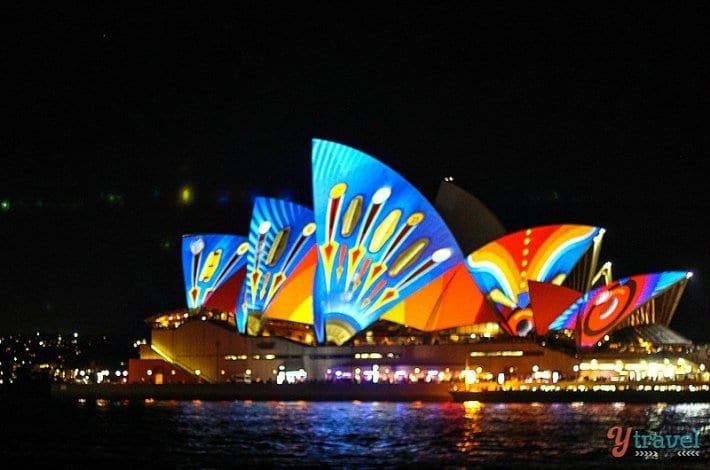 The Sydney Vivid Music and Lights festival transforms the city at night into a colourful canvas of light, music and ideas. The hugely popular Vivid lights get switched on every night in a free lighting display around The Rocks District and Circular Quay.

This is our annual winter festival in Sydney. See you next year.

Carols by Candlelight is a popular Australian Christmas event. You can attend in Sydney in the Domain or in Melbourne on Christmas Eve. It’s free.

Arrive early with a picnic blanket and chairs and bring your own food and drink. Settle in to watch a Christmas performance given by some of Australian’s biggest stars.

3. Sculptures by the sea

A very popular event along the Tamarama stretch of the famous Bondi to Coogee Coastal walk. This walk is special any time of year, but even more so during Sculpture by the Sea.

The walk sculptors with a unique opportunity to site their work in a dramatic natural setting 108 works by artists from Australia and overseas are exhibited. The event is held at the start of spring,  just to give you that added bounce in your step.

Known to have the most spectacular fireworks display in the world. Sydney New Years Eve on the Harbour is dramatic and should be on every person’s bucket list.

We are still yet to check it off, but are dreaming of that Sydney Harbour Cruise in prime position, with waiters that hand us oysters and wine all night long. 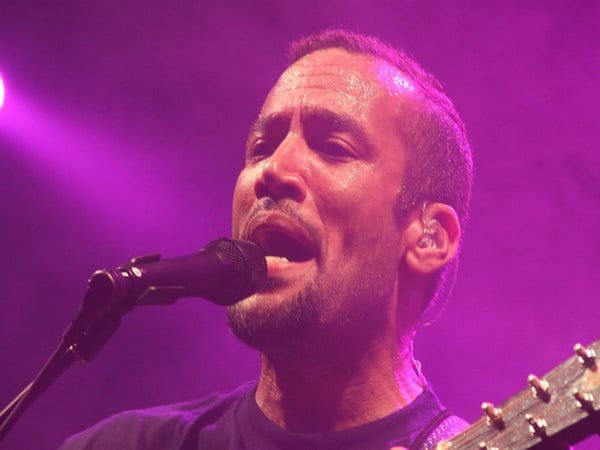 Folk, soul, blues, and rock- how could you miss this convergence of music in the ultra-cool alternative town of Byron Bay?

Bring only a laid back attitude and a pair of gum boots. This festival is so chilled and loads of music fun for all ages. We went to the Byron Bay Bluesfest last year and loved it. Not to be missed.

Every year in March, the warm Adelaide evenings become electrified as the very best in theatre, dance, music, film and the arts comes to town.

The festival goes for 2 weeks and a Fringe Festival with lots of off the wall performances is now supported by the festival and has grown so much it occurs every year.

Head down to the beach or the park for a picnic and a game of cricket. Sydney also has fireworks and events all over the city, as would all major cities. This is our national day so come celebrate with us.

You don’t even have to like country music to enjoy the festivities. It is wild fun.

Every street corner will have a busker playing and pubs will be filled to the brim with patrons, live music and mechanical bulls. Concerts from Australia’s best country stars are held as well as the Australian Country Music Awards.

One of Australia’s hottest tourist attractions.

Celebrate with the Gay and Lesbian community as they take to Oxford Street on floats, fancy dress, and outlandish costumes. It is crazy good fun.

This is the race that stops the nation and one of Australia’s biggest sporting events. Melbourne even has a public holiday to honour it.

There will be ladies dressed up to the nines with fashionable hats, sorts in suits, champagne and strawberries, and punters furiously betting on their horse to win. If you can’t attend the actual event, there will be a pub or house party somewhere near you.

Australia’s grand slam event and the first for the tennis circuit year. Live daily entertainment, from free music concerts and DJ sessions to an all-day music festival and carnival village.

Big outdoor screens are set up outside the arena for those who can’t get tickets or who don’t want to pay. The atmosphere will be pumping.

The Perth International Arts Festival (PIAF) has now been running for 60 years. It’s Australia’s longest running arts festival, and the longest running in the southern hemisphere.

It’s a three week long festival including a wide variety of performing arts such as opera, dance, theatre, music, visual arts, and the Perth Writers Festival. Performers are drawn from Australia and around the world and the schedule of events are held at venues throughout the city of Perth.

The Henly on Todd Regatta is one of Australia’s wackiest festivals. It’s a boat regatta except its on a dry and dusty riverbank in the middle of the coutnry. Bottomless boats held up by the contestants race each other through the dry riverbed.

Watching seemingly sane people race in bottomless “eights”, “bath tubs” and yachts through the deep coarse sand of the Todd River is a sight to behold.

Coffee, chocolate, tea, and spice at The Rocks Aroma Festival? Don’t tell me you’re not sold yet!

The Rocks area of Sydney (my favourite) was the hub for international trade for over a hundred years where these products were once off-loaded to warehouses lining Campbell’s Cove.

Time to celebrate that history with chocolate-dipped strawberries and cute cupcakes, and sample coffee from some of the world’s best roasters.

Oh and there is also belly dancers, salsa and samba, and camel rides beside the world’s most beautiful harbour in this one-day sensory explosion. Lock it in!

20 thoughts on “14 Australian Festivals and Events”