He reminded me of Steve Irwin.

Quick with a joke and a smile, a passion for nature, and enthusiastic about the rugged beauty of South East Tasmania’s coastal wilderness.

Rob Pennicott is a Tasmanian celebrity. He has been running Tasman Island cruises along the coastline of Port Arthur since 1999.

It started as a small family business, and now because of their world-class service and sustainable coastal wilderness experiences, Pennicott Wilderness Journeys have a staff of over 70, have won numerous awards, and now run several island cruises in the area.

25% of the business profits are donated to conservation projects and in 2011 Rob circumnavigated Australia in a 5.4 metre dinghy raising over $290,000 for conservation and to assist Rotary in eradicating polio.

Not a bad tour guide.

I was fascinated by Rob, as much as I was the stunning scenery and the seals that waved to us from the sea. 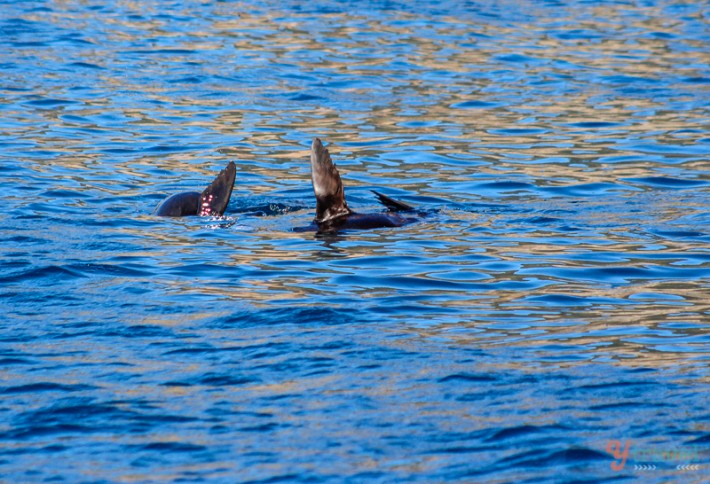 Rob’s yellow boats, the 4WD of the sea, allowed us to maneuver close to the cliff faces and go inside the sea caves. Rob ensures he’s always respecting the animals space and comfort levels.

“Okay, let’s get moving now, the seals have had enough.”

“No we won’t get any closer to the penguin, you can see he’s not that interested to talk to us today.”

“For the past week, we’ve seen orcas every day. Just yesterday one breached right near us.”

I was excited. My eyes and camera were at the ready for the entire 3 hour trip.

We were cruising to Tasman Island, the turning point for the racing Sydney to Hobart yachts and home of the flying fox and haulage-way that carried supplies up to the lightkeeper’s houses.

It reminded me of my favourite children’s book, “The Lighthouse Keepers Lunch.”

It was isolated and eerie, a lonely place to sit and watch with only seals on the rocks below as friends. 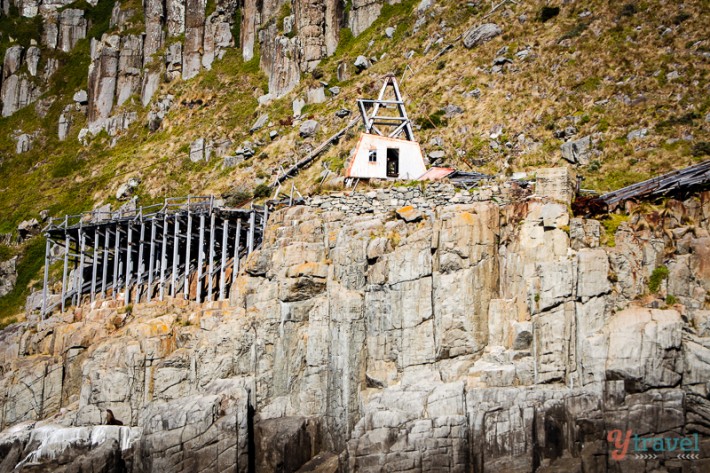 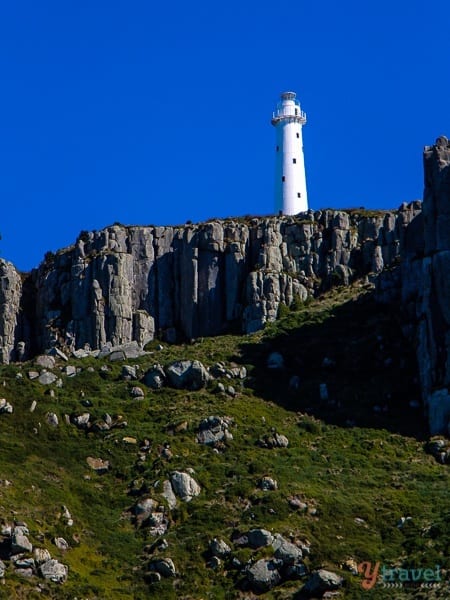 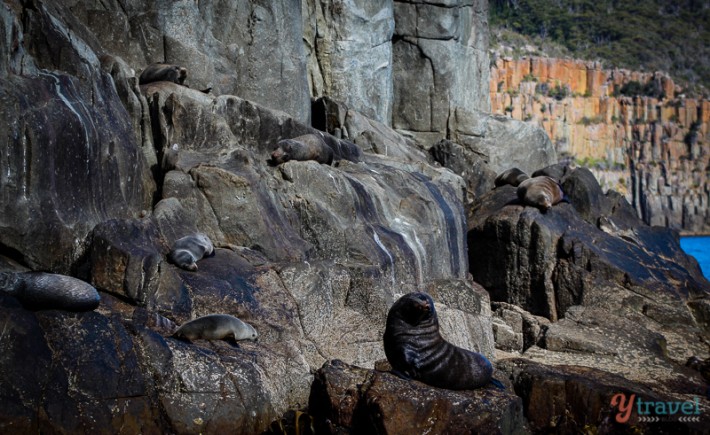 The entire coastline is isolated and rugged and unspoilt.

We stopped to explore sea caves, wildlife, passing lobster fisherman, dolerite spires and sea stacks named the Candlestick and Totem Pole ( I mistakenly imagined it was something else–imagination please people),  and the highest sea cliffs in the Southern hemisphere at Cape Pillar.

But, no whales. And no dolphins either which Rob was shocked by. The dolphins are always the main attraction and never fail to show.

That was until we crossed over the open ocean to arrive back into Port Arthur. The swell was large and I held on as I stood next to Rob chatting. He skillfully moved us safely across the water while sharing his story with me of how he turned his passion into a lifestyle.

“There they are there.” someone shouted.

Dolphins were jumping and playing beside the boat. We all let out a cheer at our good fortune and followed them as they surfed the waves.

And, of course, as every traveller understands, the SNAFU comes into place, when you have an amazing opportunity for great camera footage. In all your excitement you didn’t notice that you turned the camera off instead of on.

I thoroughly enjoyed my Tasman Island cruise with Rob Pennecott. I would definitely add it as a worthwhile experience when you visit Tasmania. 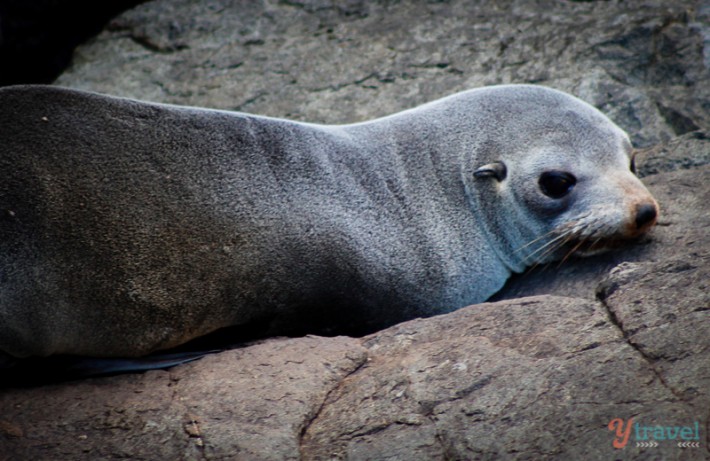 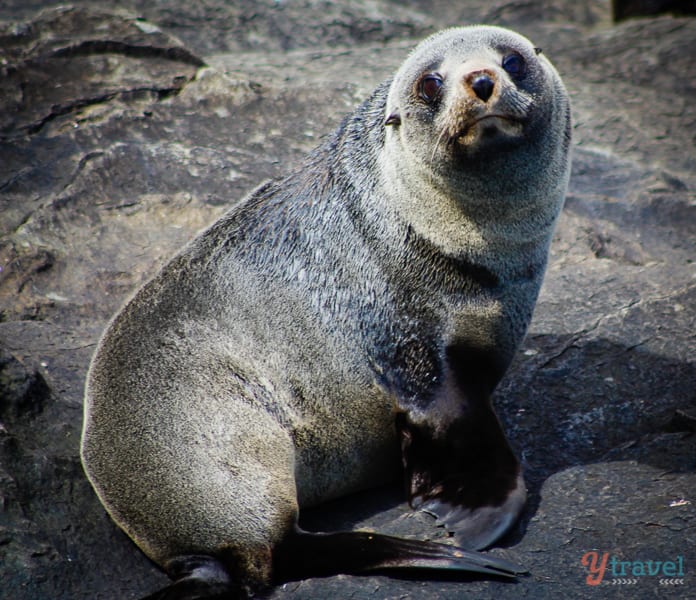 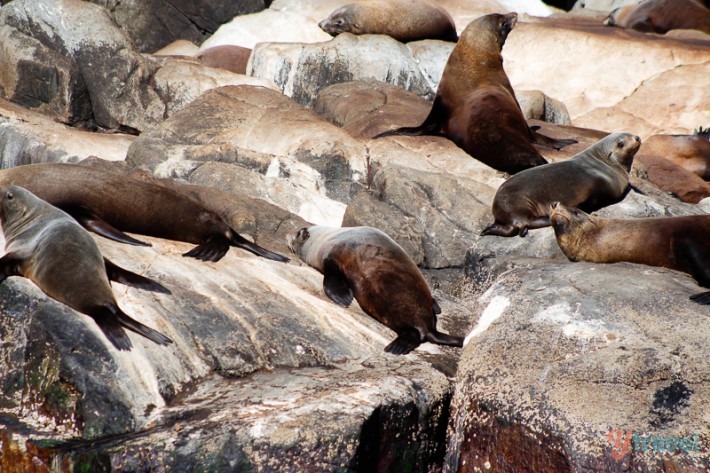 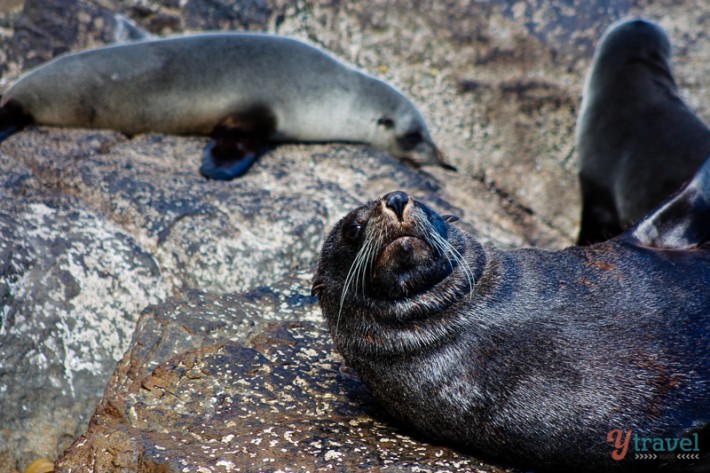 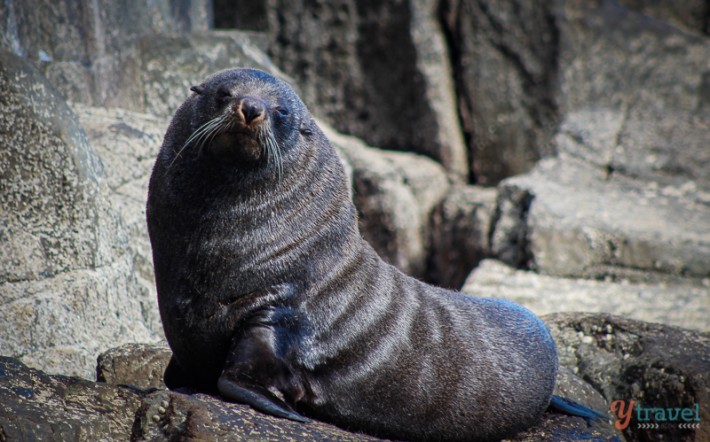 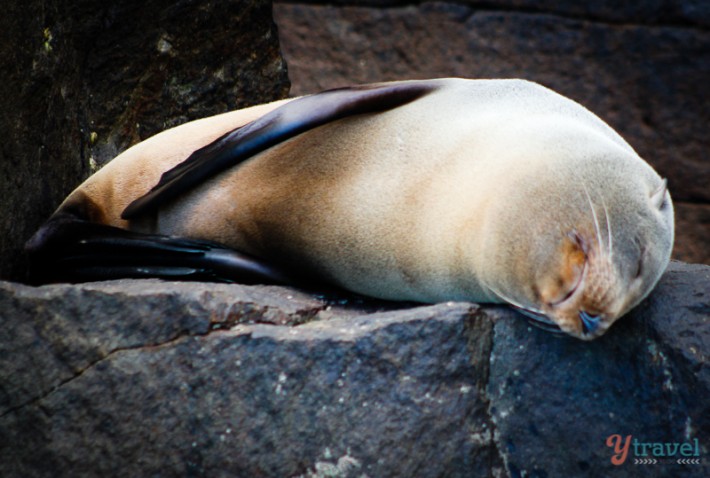 Arriving back to Port Arthur