My name is Anthony and I’m from TheTravelTart.com (say hi to me @TheTravelTart on Twitter). I write about the funny, offbeat, and weird aspects of world travel today.

Caz and Craig have been silly enough to let me write a guest post for them about some of the awesome travel experiences in South America.

If you haven’t been there yet, you have to go, as this colourful continent offers up a feast of great adventures. And they don’t need to necessarily be the most famous ones like Machu Picchu in Peru, or Carnival in Rio.

To work yourself up for a South American feast, I’d strongly suggest checking out the awesome movie called ‘The Motorcycle Diaries‘, which recounts a journey Che Guevara undertook with his best mate across South America on a barely roadworthy two wheeled beast.

You will be wanting to buy a motorbike to do their trip as well!

Here is a list of some great South American experiences I’ve personally come across in my travels.

If you thought your local derby in whatever sport you follow can be a bit tense at times, then if you’re ever in Buenos Aires, try and catch a soccer (football) game there and see how insane the fans are there.

I had to be searched by two sets of riot police before entering a game between Boca Juniors and Estudiantes – while an overhead helicopter kept an eye out for hooligans.

Before the game had even commenced, dedicated fans risked almost certain death by scaling tall black steel barriers and barbed-wire to place their feverishly hand-painted banners – not that the police were watching anyway.

I then spent the next couple of hours suffering industrial deafness from the roar of the Boca Juniors fans, in combination with the band in the crowd that consisted of dozens of bass drums and an entire horn section.

Singing was prevalent throughout the entire match, even at half time when there was no action on the field. The stands were shaking from the fans jumping up and down in anticipation of a goal.

If you want to see the definition of ‘passion’, then a soccer game in Argentina is the first one that comes into my head! An experience I will never forget.

As another example, I talked to an Italian backpacker who witnessed the superclasico between Boca Juniors and River Plate at the River Plate Stadium the week before.

He was in the home team area (River Plate) when they scored a goal. Everyone rushed to the front to let out their emotions, and he lost his footing. He had to grab onto something – someone’s T-Shirt, and ripped it clean off him. Not that the punter cared – his team had won!

Check out these popular tours of Buenos Aires, Argentina

2. Cycle Down The World’s Most Dangerous Road, Bolivia

Many places claim they have ‘The World’s Most Dangerous Road’, but the one I’m talking about is the La Paz to Coroico Road in Bolivia.

This used to be a two lane highway – but it’s barely wide enough for one car width in some places. This ‘Road of Death’ claimed an average of 20 vehicles each year until a new highway opened in 2007 – in fact, the locals were so annoyed off with the old road, that they used the new road even during the construction period!

It takes about 6 to 7 hours cycling downhill. The hardest part is a 3 kilometre uphill pedal at 3500 metres – which almost burst my lungs due to the lack of oxygen at that altitude.

Some masochistic people have cycled up road – and this takes about 12 hours. Way more than what my fitness levels allow for!

The drop over the edge is about 600 metres. In fact, about 10 people have lost their lives mountain biking down this magnificent part of Bolivia. But don’t let that put you off. Believe me, it’s worth risking your life to ride this fantastic track!

I was on a high for days after cycling down The World’s Most Dangerous Road – in fact, I wanted to go again!

Don’t forget your travel insurance for this one! We’re ambassadors for Allianz Travel so recommend them as a great option!

3. Drink Coffee at a ‘Cafe Con Piernas’ in Santiago, Chile 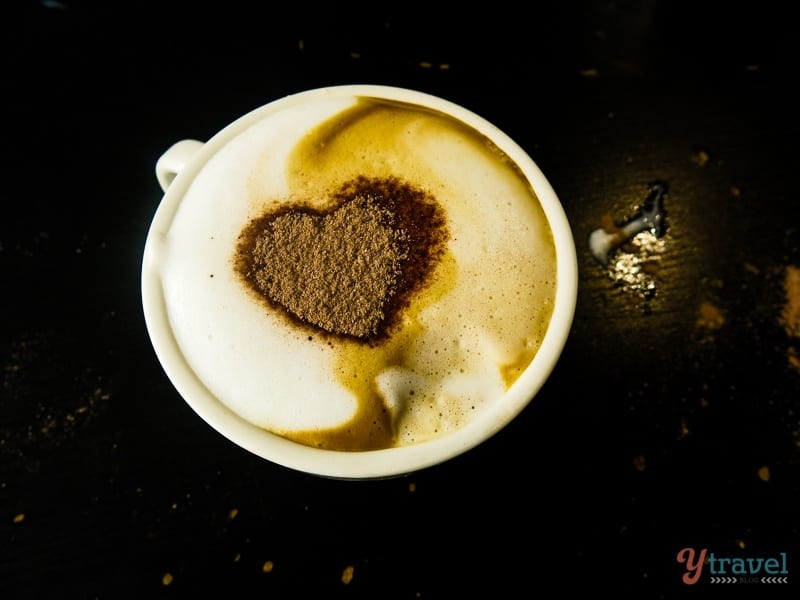 This is one of the most bizarre travel experiences you will ever have! Cafe Con Piernas literally means ‘Coffee With Legs’.

It’s surprising that something like Café con Piernas took off in a staunchly Catholic country like Chile.

So what is it?

In a nutshell, it’s like visiting a strip joint at 9am in the morning. But you’re there to drink coffee. I visited one in Santiago, Chile on a visit there in 2007.

Some of these coffee drinking establishments are no bigger than a bedroom. As soon as one walks in, you will be greeted by a platform of ladies dressed in skimpy costumes, ready to serve you a caffeine hit.

Note, they don’t actually do any stripping routines – the ladies serve you coffee in costumes more suited to the beaches at Rio de Janeiro.

Café con Piernas is not the domain of just men either – women often go to have their caffeine hit as well. A male version for ladies was experimented with in Santiago temporarily – but miserably failed.

Ironically, the coffee isn’t that expensive – only around $1-2 USD. Cafe Con Piernas really needs to be seen to be believed!

Check out these most popular tours and attractions in Santiago, Chile

Walk alongside Iguazu Falls in Brazil and Argentina

Iguazu Falls for me is one of those ‘WOW’ places. That’s a big statement to make, but Iguazu Falls lives up to the hype. The falls were created by a volcanic eruption that occurred about one hundred million years ago.

Iguazu Falls are wider than both Niagara and Victoria Falls, which is a heap of water in anyone’s language.

There are about 275 individual waterfalls at Iguazu however this number decreases in the wet season when rain falls down from a great height and the falls merge together.

Iguazu falls requires at least two days to explore the falls by foot – the Brazilian side offers the best panoramic view, while the Argentine side provides a much closer look.

These four great experiences are just a tiny fraction of what South America has to offer.

I find the South American continent addictive because of the incredibly diverse environments there, but most of all, the people know how to make you feel welcome and you will most likely be dragged into some crazy parties there!

Have you been to any of these places in South America before? 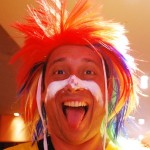 The Travel Tart (sometimes known as Anthony) is a self-proclaimed travel addict who will find any excuse to go travelling. He discovered he really enjoyed traveling the world when he was sent to a former war zone for work – Kosovo – as his first venture outside of Australia and New Zealand. This created a habit of visiting places that most package tourists avoid like the plague. While travelling, he likes risking his life by utilising barely road-worthy forms of transport such as African mini-buses, suicidal Cairo cabs, and flatulent camels.