I’ve had a fascination with Native American culture from a very young age.

Posters of Chief Sitting Bull and Crazy Horse adorned my wall, books of wisdom from Native American people sat on my desk, and dream catchers worked their magic of an evening (and still do). 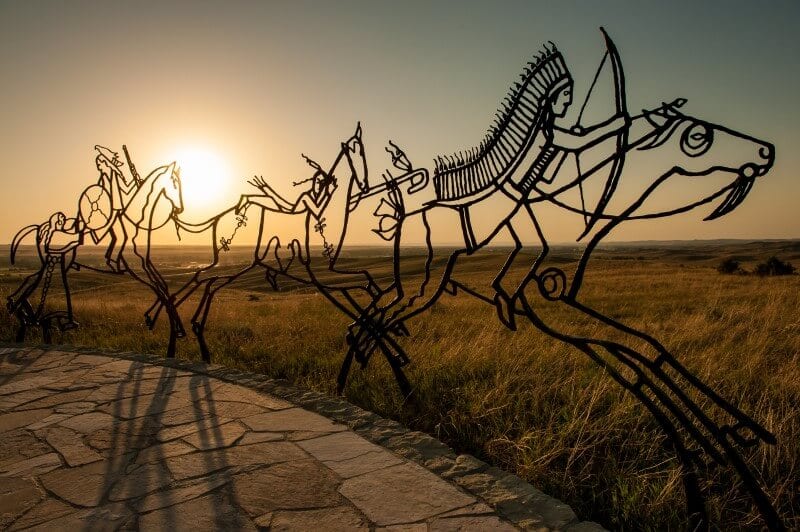 I love the deep spiritual connection to Mother Earth of the Native Americans and their delicate balance of strength, kindness and humility.

I feel their spirit is ancient and timeless and something our harried and hurried modern world could benefit greatly from tapping into.

High on our list of our America Unplugged travels is to experience the Native American Story.

We recently learned a little about the Powhatan people during our visit to the Jamestown Settlement in Williamsburg, Virginia.

These historical experiences are important, but we also want to experience the traditions and celebrations of Native American culture as it stands today.

Many Americans feel that to experience another culture, they must travel abroad.

But within their own backyards, they have access to many diverse cultural stories, one of the richest being that of the Indigenous people. 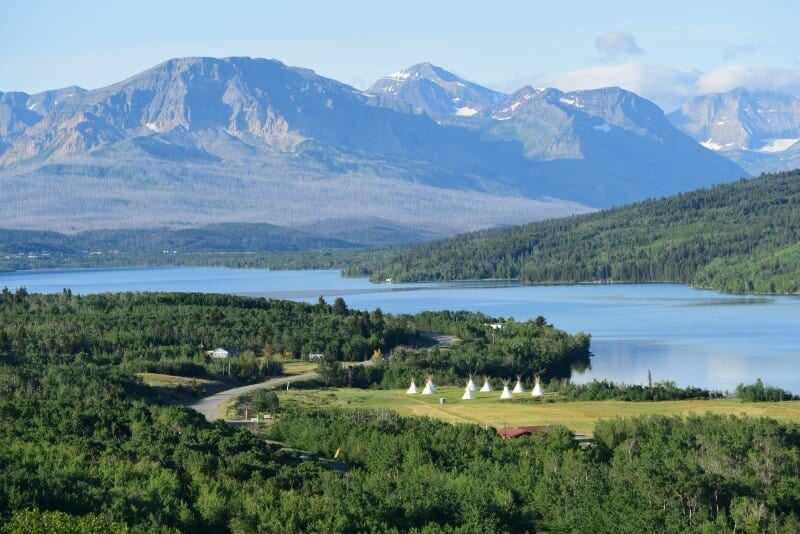 Montana is a state rich with Native American history and culture.

And what better place to do it then with Montana’s stunning landscapes and national parks?

Many of the tribes I grew up learning and avidly following can be found in Montana: The Crow, Blackfeet, Sioux, and Cheyenne.

Montana is also the site of the infamous Battle of Little Bighorn within the Crow Reservation.

Here are 5 memorable Native American cultural experiences I have researched, in sponsorship with Visit Montana, to add to my Montana travel bucket list.

I hope you will do the same! 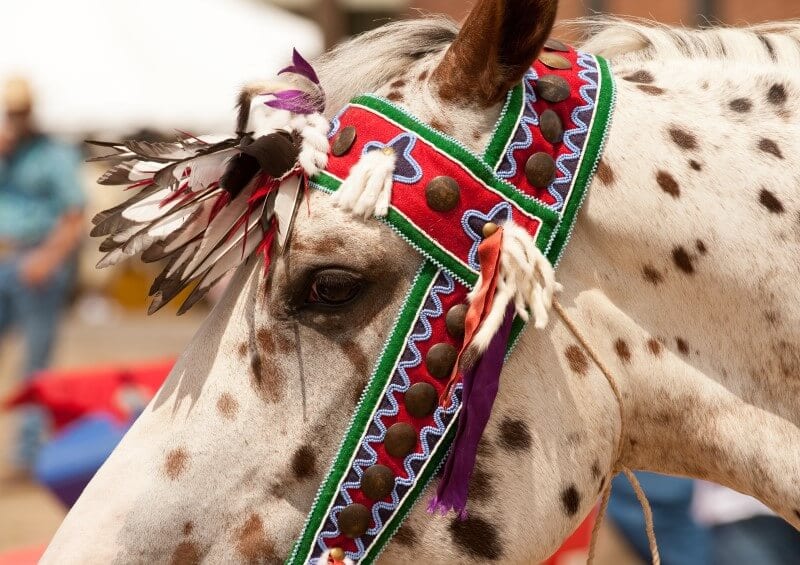 Crow Agency is the headquarters of the Crow Indian Reservation and is close to the Bighorn Canyon National Recreation Area and Little Bighorn Battlefield National Monument (the battle is re-enacted here each June.)

This year will be extra special, as it is the 100th Annual Crow Fair and Rodeo.

It’s held by The Apsáalooke people of the Crow Indian Reservation just South of Hardin, Montana, which is about 45 minutes from Billings.

The Crow Fair Celebration is the largest Native American event in Montana, and one of the biggest powwows in the country.

It includes a parade, a four-day powwow, a rodeo and horse races.

It also becomes the tipi capital of the world with the largest modern-day American Indian encampment in the nation.

The highlights of the Crow Fair Celebration include: 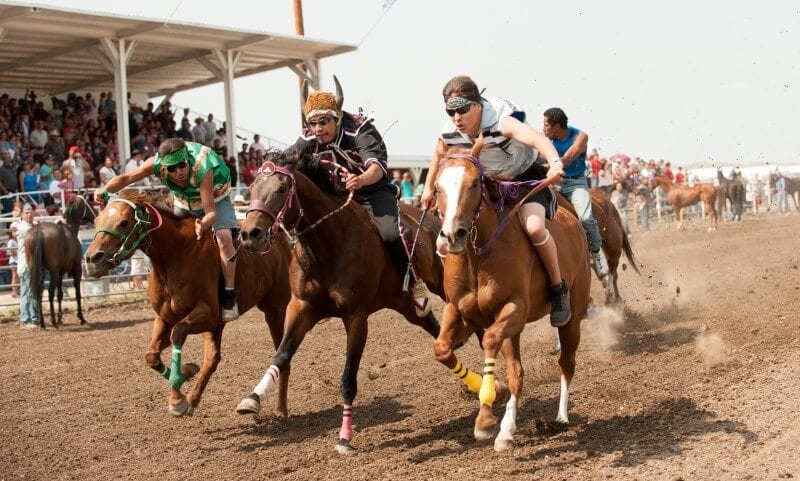 Each team in the race comprises four riders, and when teams switch, one rider jumps off and the next rider jumps on – all while the horse is moving.

As someone who can barely even get on a still horse, this is an impressive display of horsemanship and bravery.

Children also showcase the horsemanship skills they have learned from their elders to carry on the traditions of their culture.

Visit Montana has created a video, Racing with Tradition, which showcases Indian Relays and their significance to tribes in attendance.

In the video, Sarah Munjal and her three children attend an Indian Relay Championship, experiencing and appreciating the tribal culture and excitement surrounding this event.

The Crow Fair and Rodeo begins on the third Thursday in August and attracts more than 50,000 spectators and participants from the around the world.

The Apsáalooke Nation warmly invites you to attend their annual celebration and welcomes you into their large and extended family. 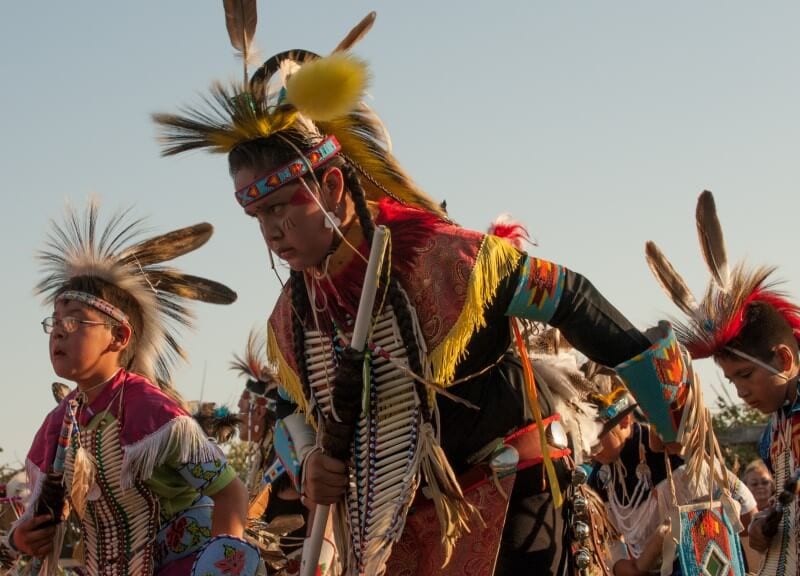 North American Indian Days is an annual celebration held every July in Browning, to the east of Glacier National Park.

It’s one of the largest gatherings of Native tribes from the US and Canada and the largest and most impressive of Blackfeet tribal events.

The festival celebrates Blackfeet traditions and attracts a variety of Plains tribes, who pitch tipis on the festival ground and engage in all sorts of colorful and lively activities. 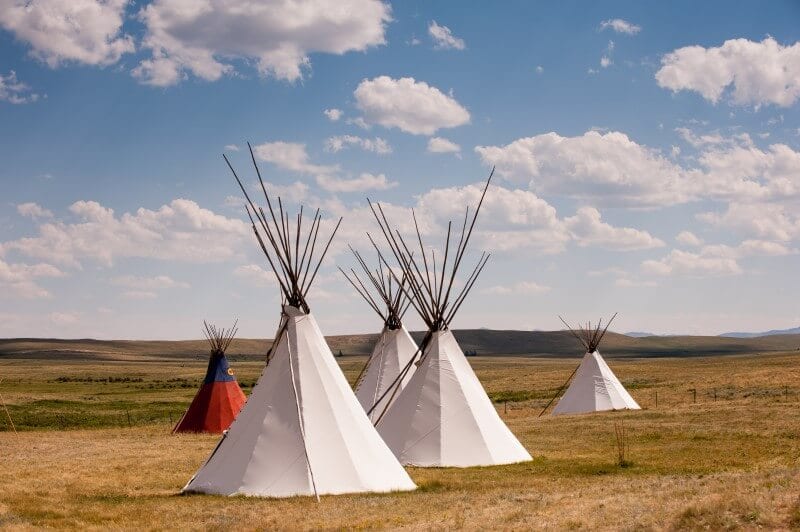 From sun up to sundown, the Blackfeet Tipi Village offers a well-rounded and fully immersive experience into Blackfeet culture, lifestyle and history with tours to historical sites around the reservation.

You can visit the Native American Art Gallery for contemporary and traditional fine Blackfoot Indian art.

Their history tour brings Native American culture alive with a visit to the buffalo jump sites, tipi rings, powwows and the Museum of the Plains Indian.

You can go horseback riding following the paths of Blackfeet warriors and fish from the streams flowing out of Glacier National Park.

Spend the evening around the cracking fire learning about Indian culture, listening to Native America stories, drumming and songs about life for the Blackfoot Indian in Montana.

Then retire to your tipi and enjoy a night of camping in Blackfeet Country!

This is the Native American cultural experience I have dreamed of.

4. Tour the Going-to-the-Sun Road with a Native American Guide 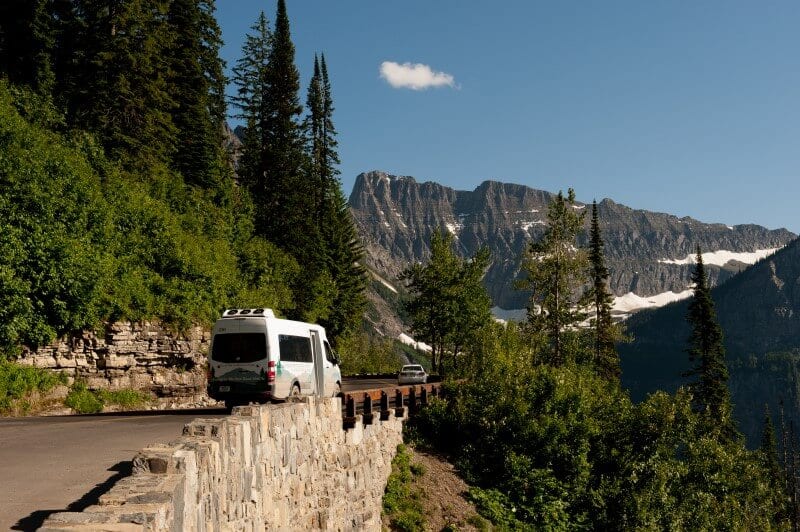 For an unforgettable and deeper connection to the natural beauty and Native American’s spiritual and cultural connection to Glacier National Park, take a tour on the famous Going-to-the-Sun Road with Sun Tours.

Guides on this tour are residents of the reservation and are deeply knowledgeable on tribal history, culture, lifestyle and the natural features of the landscape.

They will cover spiritual and philosophical perspectives, animal species, the history of the park and some of the plants and roots used for medicinal and nutritional purposes.

The Blackfeet Indian Nation called this area the “Backbone of the World.”

As you pass large glacial lakes, cedar forests and the windswept alpine tundra, the guides well tell you stories of life in both modern times and those of the Buffalo Days.

Make this experience more than just a few photos capturing some stunning scenery.

Bring it to life with culture, tradition and spiritual connection from those who have traveled the road for hundreds of years. 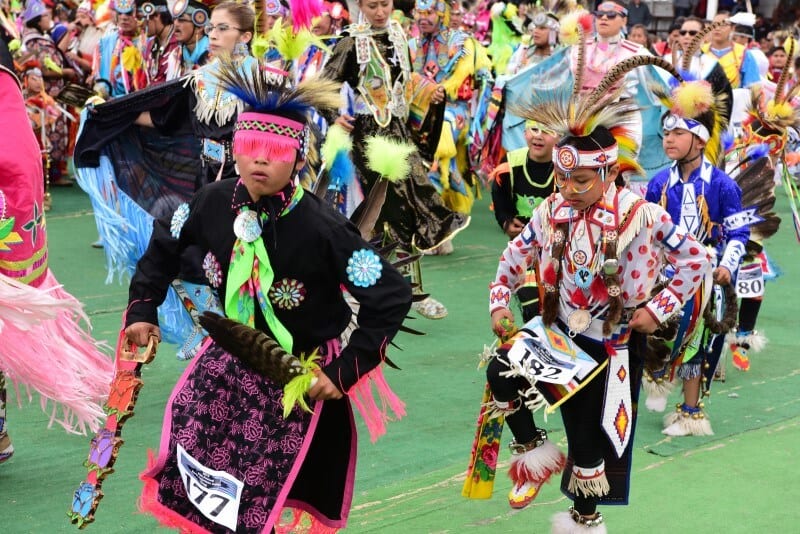 Feel the beat, hear the music and experience traditional dress at the Arlee Powwow Esyapqeyni.

It is the premier annual celebration of the Salish and Pend d’Oreille tribes and is sponsored by the Confederated Salish and Kootenai Tribal Nation.

Today a powwow (or gathering) is a reunion for many Native families, clans and tribes spread apart in different cities or reservations.

There is the exchange of news, ideas, song, and dance, Native fashion, style and art.

It’s a time when Native people reflect on traditions and celebrate in the footprint of their elders.

In the 1890s, traditional Indian dances were illegal under Bureau of Indian Affairs, but the Bureau didn’t find it illegal to celebrate the Fourth of July.

The Salish and Pend d’Oreille tribes came up with an ingenious plan to carry out cultural events in secret behind a Fourth of July “celebration” to honor the nation’s birthday.

That began a tradition that has grown and evolved over the subsequent decades and has made the Arlee Powwow Esyapqeyni the longest running tribal celebration.

I love this story of determination to continue their traditions and celebrations and not let their culture be suppressed.

I’d love to be a part of that spirit in celebration with the Salish and Pend d’Oreille tribes.

The Powwow involves traditional dance competitions of the past and present, singing and drumming and a big Fourth of July parade.

There are also many vendors with handmade beaded crafts and food booths, which include a variety of Indian Tacos for sale.

The Fourth of July day events include a stick game tournament, parade and a Snake Dance.

The annual festival is held on June 28 – July 4, 2018 at the Arlee Powwow Grounds in Arlee, Montana.

How have you experienced Native American culture on your US travels? What would you most like to experience and why?