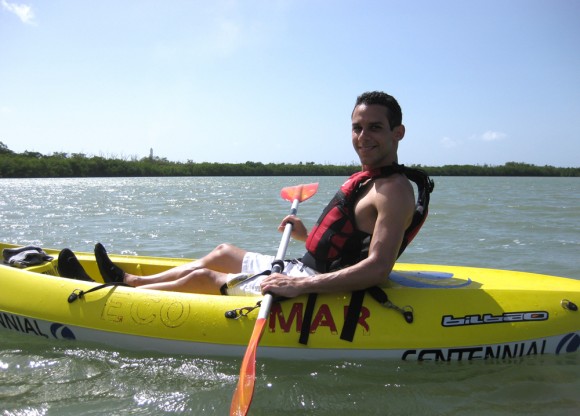 Puerto Rico, also known as the Island of Enchantment, is full of charms that are delivered through its abundant natural beauty and its year round Caribbean tropical weather.

I lived in Puerto Rico for over 23 years and I still get excited when I return to the island. Going back gives me the chance to see the island both as a tourist and as a local, allowing me to enjoy its sights and beauty like if I was experiencing them for the first time.

So, from my own perspective, here are 7 reasons why Puerto Rico does make a great destination for any traveler.

1. You can explore the oldest city in a U.S. territory

Puerto Rico has been part of the United States since 1898. But before this, Puerto Rico had already been developing its cities during the previous 405 years under Spain’s ruling.

For this reason, Old San Juan is considered to be the oldest city in the United States. Its seven-by-seven-block grid of cobblestone streets is lined with pastel-colored colonial buildings, plazas, churches, parks, and military fortresses.

Some must-see are San Felipe del Morro Fort and San Cristobal Fort, and a walk through Paseo de la Princesa.

2. For its natural diversity and off the beaten path sceneries.

I’m still marveled by how such a small island can have such a diverse ecosystem.

While the north coast tends to be a fertile coastal plain, the south tends to be much dryer and quite hot. On the west coast steep mountains rise from the sea, while the east shores are full of sandy beaches.

Throughout the island you will find a tropical rain forest, a dry forest, bioluminescent bays, a subterranean river cave system, pristine beaches, and world-class surfing and diving spots; all less than a three-hour drive apart.

For a taste of the natural diversity and a way to get off the beaten path, drive the astonishingly scenic Ruta Panorámica (Panoramic Route) throughout the center of the island, in my opinion one of the most beautiful routes in the island.

3. To experience a blend of cultures

I believe Puerto Rican culture is somewhat colorful and dynamic.

As you experience the daily life, you will see and hear the cultural melting pot that characterizes the island in everything from the language, food, dance, traditions, and everything in between.

The cultural and racial origins come from the Native Taíno; which was eventually mixed with the Spanish conquistadors and African Slaves.

This tripartite mix composes the framework of Puerto Rican culture; resulting in a contemporary society with practically no racial problems.

4. For its water sports and active adventures

Being a tropical island, water sports are big among the locals.

Diving enthusiasts prefer the east coast, while surfers love the waves north and west off Aguadilla and Rincon. There’s also a wide array of places around the island to go deep-sea fishing, snorkeling, and sailing.

5. Because it is not just one island

Puerto Rico is commonly thought to be a single island, but in reality it is a group of islands.

Island hopping is one of the ways locals love to explore the island on any given weekend. Vieques and Culebra are considered to be “the way Puerto Rico used to be” – and I agree!

Although Puerto Rican cooking is somewhat similar to Spanish, Cuban, and Mexican cuisine, it has a unique tasty blend of African, Taíno, and American influences.

We know this as Comida Criolla (Creole food), and it is one of the reasons why I love to go back often.

Puerto Ricans adore well-seasoned chicken, beef, fish, and shellfish. Most dishes are complemented with rice, beans, salad, and plantains. In fact, plantains are the single most popular side dish served on the island.

Desserts usually include some form of flan and coconut is among the most common dessert ingredients.

For drinks, natural juices and coffee are a common choice. Rum is the national drink, and you can buy it in almost any shade.

7. To relax and have fun at its beaches 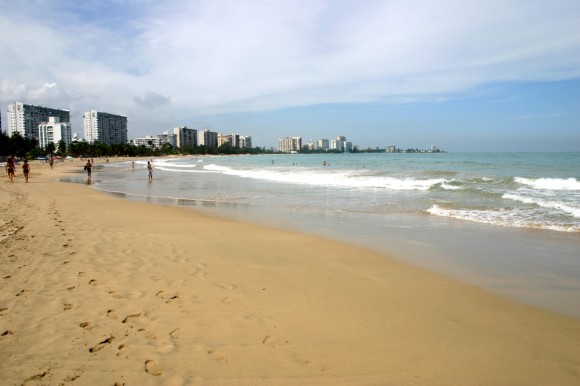 Miles of publicly accessible shoreline is one reason most people visit Puerto Rico.

If you like total seclusion, on the neighboring island of Vieques you can still find remote, almost-private-for-yourself beaches, like Blue Beach, Red Beach, and Green Beach.

In the end, it doesn’t matter which beach or sight you wish to experience, the best thing to do is to enjoy it, absorb the moment, and let yourself be enchanted!

Norbert Figueroa is an architect always looking for new experiences and inspiration to design his world through travel and to build an adventurous lifestyle. He shares tips and experiences at GloboTreks and at his facebook fan page to inspire others to get out there and live the life they want.

Plan Your Trip in Puerto Rico

We’ve been traveling consistently for 17 years and have come to rely on a few trusted websites that save us money and time when booking accommodation, flights and car rental. Below are our preferred partners: