Finding your way to a sense of place when you have lived in many places is one of the most difficult things a traveller or expat has to face.

To find your way you have to look ahead, but you also have to live in the present.

I cried myself to sleep for days when I returned to England after many years’ travelling and living as an expat in Africa and Asia.

My night time dreams were always of being locked out of a beautiful house and while I knocked on shut windows, trendy people with smiling faces were having a really good time inside.

I was the outsider, looking in – the un-belonging,  with no sense of place anymore. 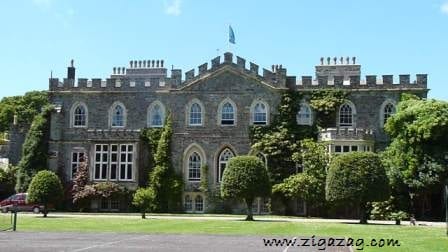 Then we relocated to our next posting overseas and I not only rejoined the tribe of people I could easily relate to, but also went on another new voyage discovering exciting places and sharing what I found with new made friends.

Back ‘home’ everyone (except my Mum) dismissed my travel tales as inconsequential, and nobody was interested in the photo albums.

Had I had a new loft extension or kitchen interior re-design? Well, No. What did I think of the schooling system. Um, well – can I tell you in 6 months? And what about the state of the housing market?

Oh dear. No matter how much I tried I couldn’t connect to the place I had once called ‘home’.

A Sense of Place

Professor George Seddon (1927 – 2007), described as ‘the professor of everything’  coined the phrase “A sense of place”,  which is really the encapsulation of that  grounded feeling we get when we have gained knowledge of, or feel in harmony with and are appreciative of our environment.

This isn’t always the place where my roots are dug firm and deep, which for me are the rolling green hills of England’s West Country – where my beginnings lie – but a sense of place doesn’t seem to be exclusive to where you were born.

It’s said that there is a path for everyone to follow, and to be flippant, it’s not always clear if you should be following yours or your best friend’s, or that of a famous person, or a relative.

Where we end up when the travelling is over, is not always entirely up to us.

If you believe in astronomy perhaps your path is squarely written in the stars? I don’t know. But your path will often lead you to somewhere where you either have to work, or return to, which you may not feel as if you can ever form a connection with, or re-connect with.

After 25 years of working and wandering in Nepal, Namibia, Lesotho, Hong Kong, The Philippines, Hong Kong (and other places) our little family of four,  now with two almost grown up children, headed for Bunbury from Cape Town.

As the days went by and we extracted ourselves from everything that had become familiar in South Africa, the path ahead seemed to become windier and more difficult to follow. So many questions and To Do lists, so many different roads we could take.

Would we find a sense of place in Australia, and if so where?

Indeed, work possibilities could have seen us land up in Sydney, Brisbane or Perth.

We didn’t have a life-map and nobody I knew could give me any comforting advice about which to choose, so I dreamt my future and hoped it would turn out alright, as together, for many black and white reasons we touted the, in my opinion, little known town of Bunbury as our place of choice.

As we went through the mechanics of another international move, I realised something else.

Perhaps it has to do with quantum physics, or maybe compound interest. I’m not sure. But each new decision that has to be made adds on another three or four qualifying decisions to be considered, in order for the big decision to happen.

Have you ever found that?

And approximately the same amount of people will pose problems and questions for you to consider too.

So you’re always busy, plotting and planning the next step without time to grieve the life you are losing, which must surely die in order to give way to the one ahead? After all, one of the most heinous of travelling crimes is to be a “When We”.

“We cannot change the cards we are dealt, just how we play the hand,” said Randy Pausch in his book ‘The Last Lecture‘, and I tried to take that on board as we plotted our course to a new life in the Antipodes.

Pausch worked as a Disney Imagineer and didn’t Disney himself  say, “If you can dream it, you can do it?” I think so. …

Here we are in January 2012, and I have played my hand to the best of my ability and dreamt hard. Three years down the line and I’ve found the sense of place I was longing for.

Sights and sounds have become familiar and I’ve learnt to see what is beautiful in a landscape I’m not familiar with; to pick out the flashes of colour, to understand the seasons, recognise the trees and birds and wildlife endemic to this area and become at one with the new possibilities this region has to offer – without comparing it all to a different type of beauty in South Africa.

I have made new friends and found  a new rhythm, but most of all I have found a sense of place which has come out of paying attention to every moment of the present.

Most of all I am not an outsider looking in anymore.

Would I have found a sense of place by living in the past? Of course not.

This isn’t to say that as a traveller you shouldn’t always be open to a sense of possibility; The rut versus the butterfly. In that case,  I know which one I’d rather choose.

But for now, I’m home, with no regrets and a satisfying sense of my own place in this part of the world.

8 Tips for finding or re-discovering a sense of place

Have you managed to find your sense of place?

Bio: A gypsy heart and a geologist husband brought veteran travel writer Johanna Castro to Western Australia from Cape Town. Exploring and writing about the region led on to the opportunity to update the Western Australian chapter of Fodor’s Travel Guide…

Johanna’s lived in 11 different countries including Nepal, South Africa, Namibia, Lesotho, Hong Kong, The Philippines, Gambia, Taiwan and England and has contributed to over 40 publications including, The West Australian, A Place in the Sun, Traveller and Flying Springbok She’s working on a travel memoir and blogs about travel and lifestyle at The Zigazag Mag Her gypsy heart is currently content but not yet tamed. You can follow her on twitter and facebook.