If you are travelling to Thailand with a baby you are going to get a lot of attention.

If your baby has blond hair and blue eyes, and to the local Asian population, looks like an angel, you will be swamped.

I say Asians, and not just Thai, as Japanese, Chinese and Koreans also took a liking to our children.

So much, that they kept stealing them. 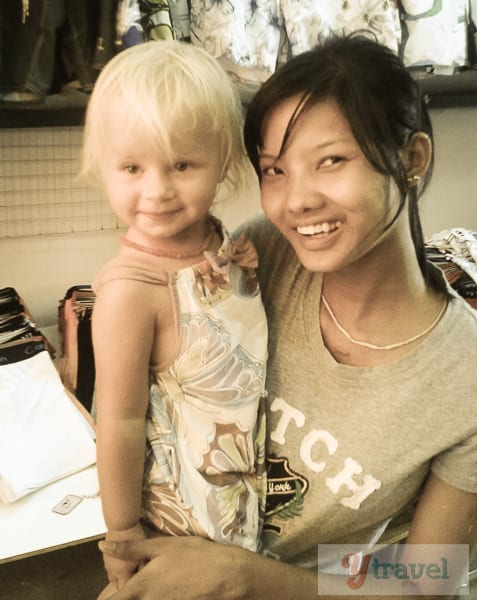 Stealing them to look and stare and take photos. Craig and I found it bizarre and hilarious at the same time. Kalyra thought they were plain weird.

“Imagine if you were walking down the street in Australia and someone suddenly picked up your child for a cuddle, or blatantly took a photo without permission. Fists would be flying and someone would be arrested with accusations of pedophilia.”

There was nothing sinister about the Asians stealing our babies. They were just purely enamored with my little angels. It’s a shame in the West we have become so hardened and suspicious.

I thought it was wonderful the girls received so much love and attention.

I was talking with my Mum and Dad before going to Thailand about how teachers in Australia won’t cuddle children, not because they don’t want to, but the “rules” say not to.

It’s not safe in our paranoid, scary world.

I’ve always hated this expectation. A lot of children need a cuddle and to know someone cares about them. I believe the damage that can be caused by withholding this can be potentially huge.

If only we put in better preventive measures to keep monsters away then creating a whole society’s behaviour based upon a very small minority of creeps. 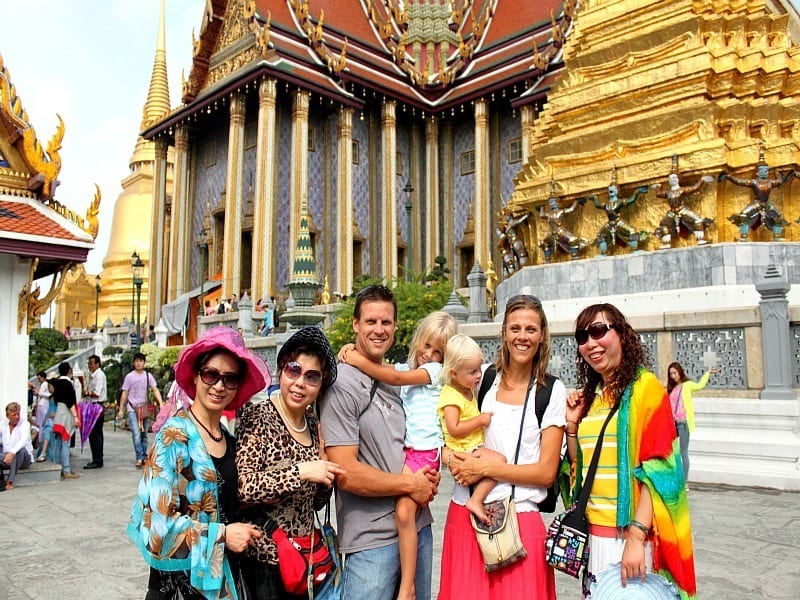 Anyway, back to the adoration of my girls. Everywhere I turned heads were stuck inside Savannah’s pram pointing and smiling at how beautiful she was. (I know!)

The camera was out and ready.

The paparazzi gathering would circle around Kalyra for a photo. They’d stop and gush at over how cute Savannah was walking along the path holding a balloon.

They’d pluck her from my arms for a cuddle and conversations with broad grins. Savannah would stare right back before stretching her arms out to me to be rescued. 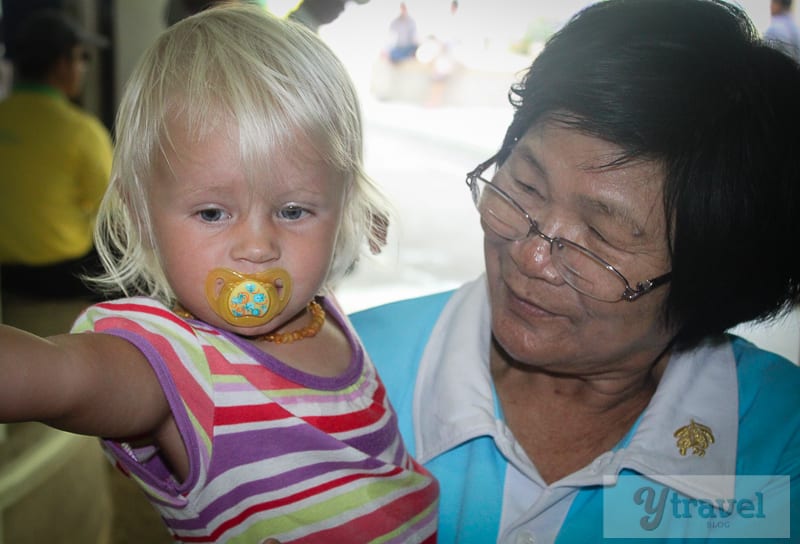 Kalyra would look at me with questioning eyes,

“What are these people doing?”

I’d nod to let her know it was okay, she needn’t be scared. Strange but okay. 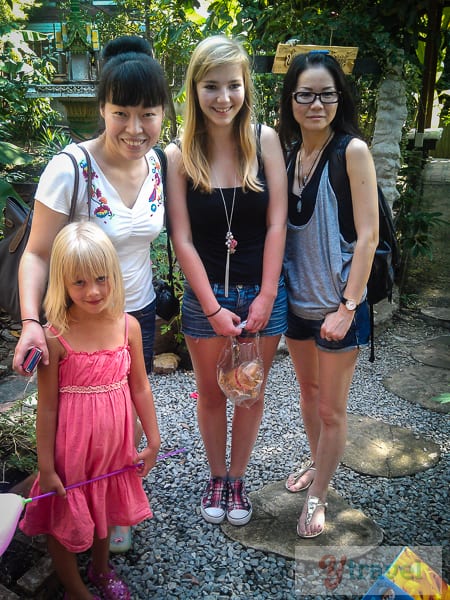 We’d laugh and talk with gestures, trying to withhold the ingrained fear that tells me I should be suspicious, and allow my children to develop the concept that strangers aren’t all scary and you can have friendly, safe encounters.

I don’t think Asians see this as strange behaviour because their society is very much based on the values of the Village Raises the child.

They are always looking out for each other, especially when it comes to children.

They would stop and help Savannah walk up the stairs, carry her bags and take her for a play and cuddle so I could eat my meal.

They’d chase after her if she was running the wrong direction towards danger and they’d patiently wait while she walked like a snail down the path instead of walking past, or mowing her down, like many Western people did.

One European lady, walking up the wrong side of the stairs (it’s the left in Thailand) refused to move for Savannah, who was coming down (on the LEFT) holding onto the railing for support. She waited until Savannah let go of the railing and moved around her. This is not a village raising the child mentality! My inner voice had a special word reserved for her. Sure glad she wasn’t stealing my baby!

It was truly wonderful to watch how the local people honoured my children. I was more than happy to let them steal them for a momentary cuddle and a light up from their insides out.

They sure light mine up.

Want help with planning a travel experience the whole family will love? Click the image for immediate and free access to the toolkit. 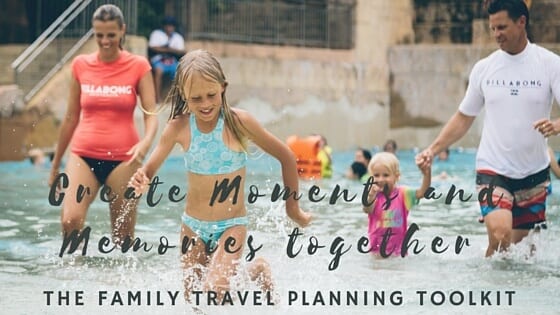 Have you had similar experiences in your travels?

Does it worry you?